Thermal Electronics Corp. over the paste 22 years has built hundreds of prototype designs with custom built assemblies. Most prototypes in the last 9 years when Thermoelectric power has seen an explosion in applications. TEC carries about 30 different custom extrusions and holds 8 TEG patent pending system designs with more on the way. We also have 5 custom DC to DC controllers some with PLC (Program Logic Control) from 10 watts multi output functionality up to 100 watts. These can be daisy chained to go up to 10kw or more. The PLC is designed to specifically reduce parasitic loss so, that more power can be used in the intended application loads. TEG power is a growing and important base load power generation technology that is in some ways essential in remote applications where 24/7 power cannot be interrupted. Therefore, is a compliment to solar that can be intermittent at best in winter months, temperate climates & mountainous geographies.

Below are some early Thermoelectric power designs that we can show. Many more have been built but under non-disclosures so we cannot show because of client confidentiality.

Click on each headings below to open PDF: Also see thermoelectric power projects we are active in on our What’s New’s page!

Project light up http://www.ospreywoodlabs.com/ We are working with Osprey Labs an NGO located in Mississauga, Ontario. Their mission is to bring thermoelectric power to under privileged families with a focus on the women in the villages in Pakistan, India, Africa, Middle East, and South America. The power created from waste heat will allow children to study at night and women to start micro businesses including cellphone charging, knitting and crafts. It also will allow farmers in the region to find out produce prices so, they can sell their crops at market rates. 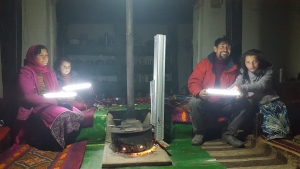 Tecteg Mfr. working with Jason Stewart “The Firemaster” and his clean burning wood stove adapter patented invention in New Zealand and with Derald Cook owner of intensofuergo in Chile who also is working with our group which developed a turn key clean burning wood stove adapter system to make older stoves not only more efficient but clean burning, the future design will option a thermoelectric power generator, with hot water and distributed heating and produce roughly 100 watts. CHP for short. The adapter will produce more heat from the same amount of wood thereby reducing annual wood consumption. 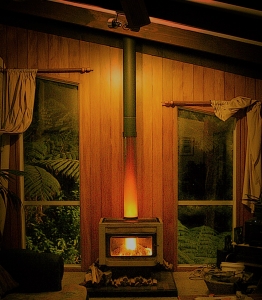